Darken your eyeshadow and your souls, because this week on Thought Cops we're joined by everybody's favorite resident goth gamer girl, Niko. 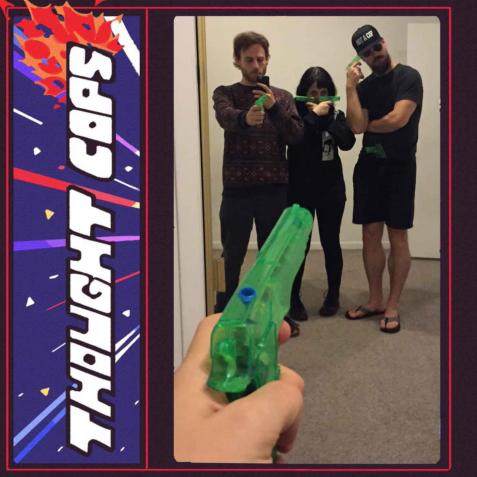 If you're not tired of us beating a dead horse by constantly deconstructing the increasing monopolistic stranglehold on audiovisual internet content by Youtube, you're in luck. Because this week Steven Crowder, aka "The Brain" from the Gay Rat Wedding Show on PBS goes head to head with Vox commentator Carlos Maza in who can use the most homophobic slurs and get their Youtube channel completely demonetized. You'll never guess who wins. If we never have to talk about the Youtube adpocalypse or "Voxadpocalypse" again, I'll stop drinking and clean up my act.

This episode we also plan our trip to Boston to celebrate Straight Pride, and we invent a new game for the parade that's kind of like the Mark Wahlberg version of pin the tail on the donkey. We also make fun of how the McElroy brothers look, women who put their middle name as their last name on Facebook, and too many stairs.

Click here for tickets to see us live on Thursday, August 22nd at the Crowd Theater in Chicago.