Case File 117 with Kris Wilson of Cyanide & Happiness and Explosm

Pop a capsule and smash that play button, it's your weekly episode of Thought Cops, with special guest Kris Wilson of Cyanide & Happiness and Explosm.net. 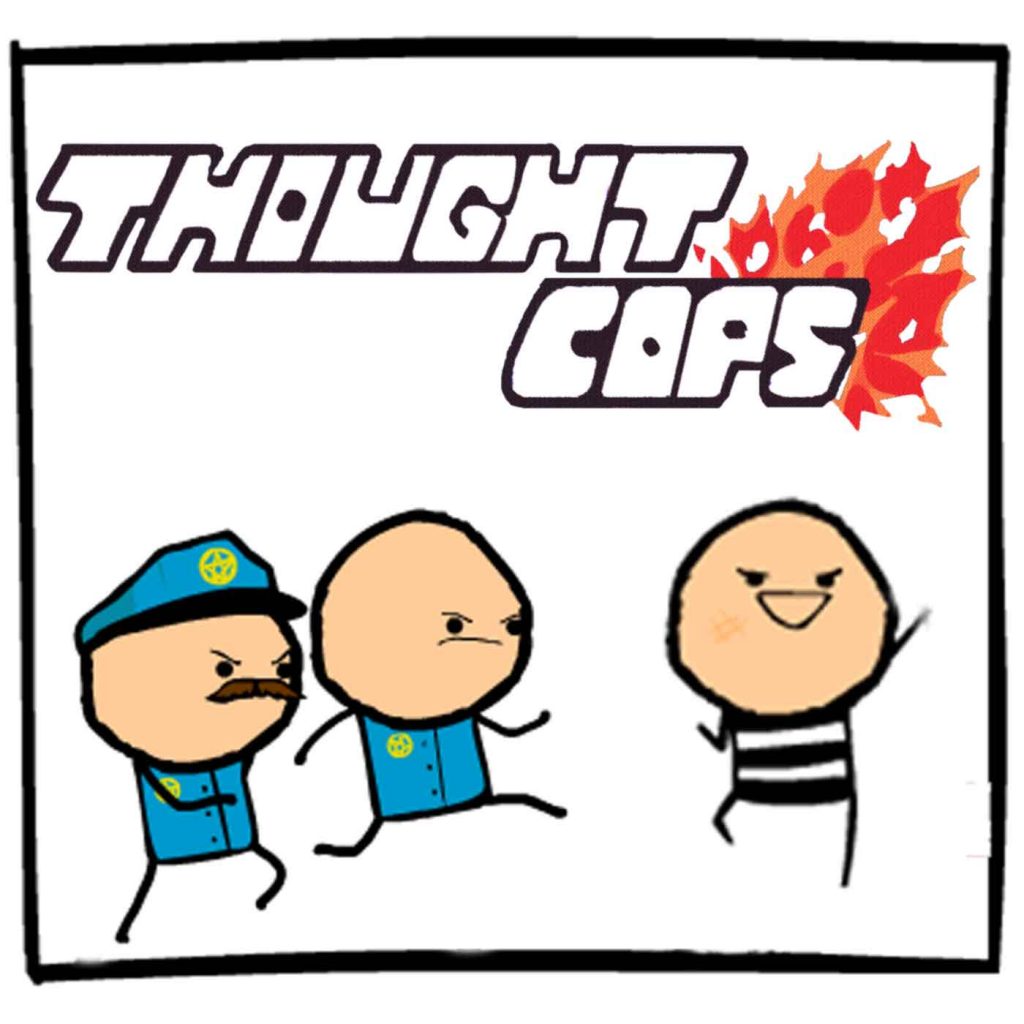 We've got a lot of paperwork to get through this episode. Alabama bans an episode of a children's cartoon. Fucking SJWs. Game of Thrones leaves a water bottle on set. Apparently the crew cares just about as much as I do. Robert Pattinson is playing Batman, but hopefully we can get Kristen Stewart to play Catwoman and Taylor Lautner to play Joker. Everybody sign your change.org petitions. People I didn't know existed, the Krassenstein brothers, get banned from Twitter, and get forced to move back into their parent's house and sleep in their old bunk beds.

Speaking of online idiots getting too involved in politics, Youtubers need to stop running for public office, before we all really do end up living in a honk honk clown world. In other news, reply guys are taking over the internet, so load up your green squirt guns and barricade yourself in your house for protection.*****

We have a NEW T-SHIRT DESIGN up in the Thought Cops store.

Click here for tickets to see us live on Thursday, August 22nd at the Crowd Theater in Chicago.

*****footnote: this is not a death threat