This week on Cops, we have everyone's favorite caller Gumshoe Niko calling in, live and on the Thought Crime Hotline. 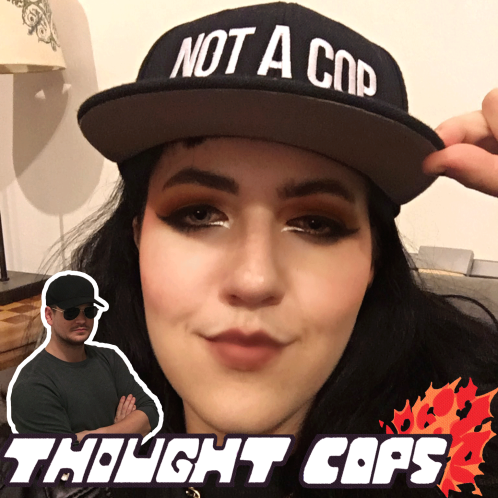 Starting off with the world famous "two minutes of hate" segment we always do, we all argue about which way toilet paper go, the "girl hate" phenomenon and how to stop doing it, and the plight of the non-jacket wearers and the discrimination they face on a daily basis. I'm declaring that the "N" in the LGBT acronym now stands for "non-jacket wearers."

More importantly though, we nab thought perps left and right this episode, like Steven Spielberg, who begs the question of whether or not Netflix movies should win Oscars. Go back to making the Animaniacs, you fuckhead.

Also, it wouldn't be an episode of Thought Cops without us talking about a member of the Kardashian/Jenner family doing some dumb shit like being self-made billionaires. When's Forbes going to declare me the youngest self-made college student who graduated without any loan debt?

The live-action Sonic movie also released an image of what Sonic is supposed to look like for the soon to be released feature film, and here's what that looks like. In other gaming news, there's backlash against a Gamer Girl Gaming Dress, and a game called "Rape Day" had to be removed from the Steam store, and you'll never guess why. I swear to god this podcast is going to kill me one day.

Don't forget to leave us a five star review on iTunes so we can read it on the show and also it looks good to have all those nice stars lined up all pretty.