Set your Mochiflix membership level to Platinum, because this week on the show we have Ari Grabb, creator of Bento Banana returning to promote the newest installment in the saga. Also, former guest and friend of the show Asterios Kokkinos of The Loudest Podcast does some voice acting in Bento Banana 3, and is here to promote Family Matters. 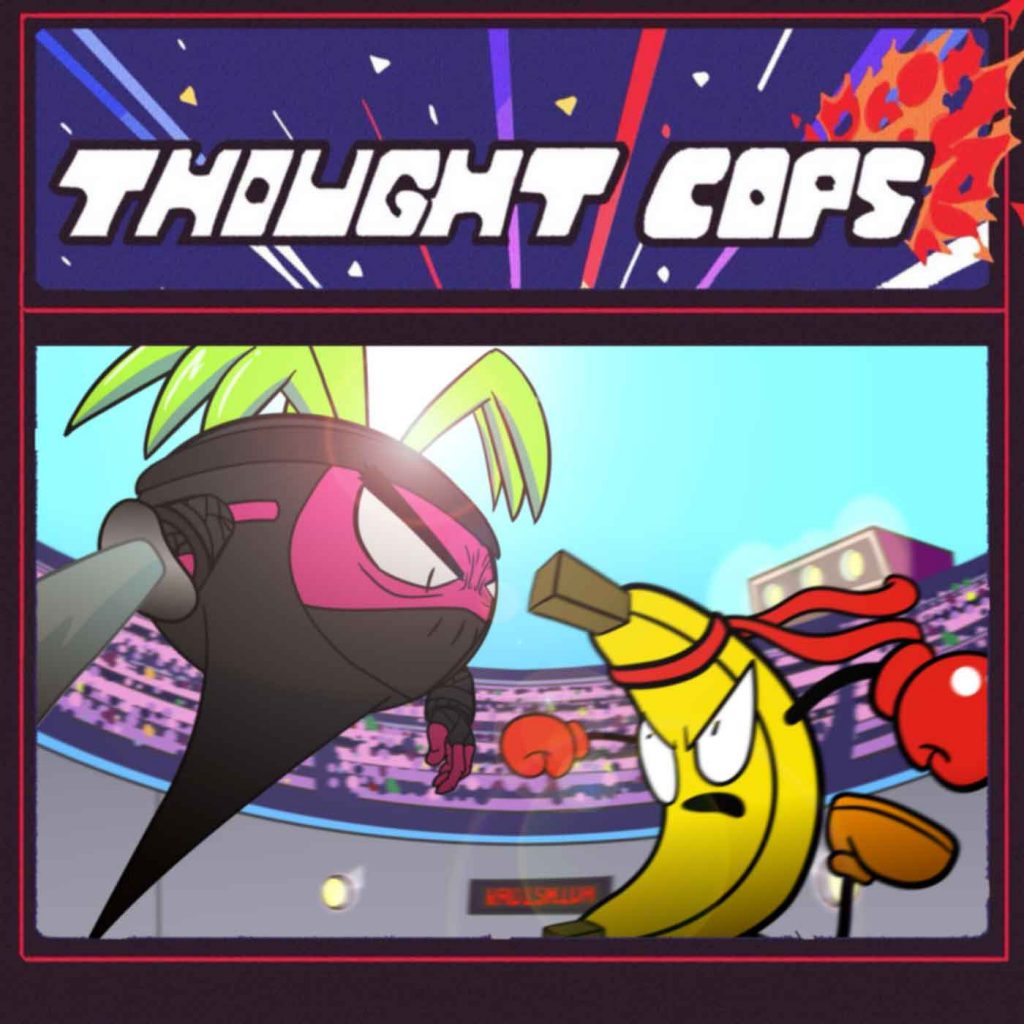 Make sure to look for the Thought Cops Easter Egg in the newest Bento Banana!

Also make sure to subscribe to twitch.tv/thoughtcops, where we'll be streaming regularly Tuesday and Sunday nights from 7-9pm central.

This is an episode you won't want to miss. Usually we edit out all the mistakes but we left them all in. What a wild ride. This episode is both an absolute nightmare and a brilliant work of postmodern art. We throw George X.L. Martin in jail for not finishing his book. We cancel Red Letter Media for their constant bullying of one of the most famous men on the planet. We choke Joe Rogan out in Jiu-Jitsu (in Minecraft) for calling video games "a waste of time." We also uncover the hidden messages that Asterios has been sneaking into every episode of Thought Cops, that if you isolate shows you the entirety of Family Matters, just like the McBain movie in the Simpsons.